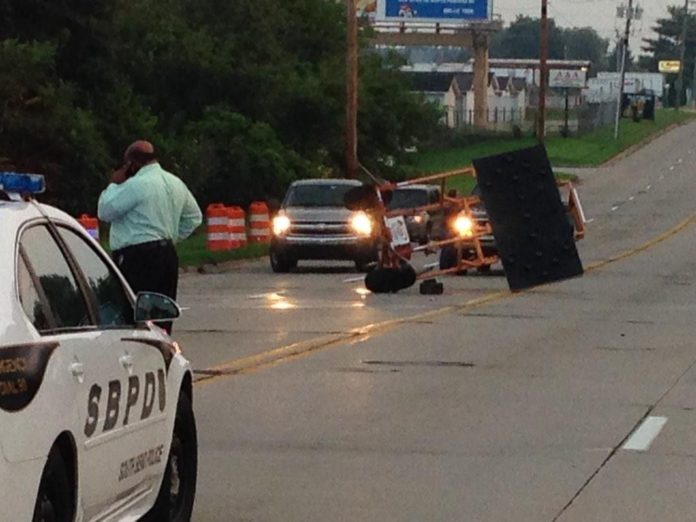 A construction worker is in serious condition at a hospital after a crash involving a school bus in South Bend early Wednesday morning, Sept. 2.

A school bus hit a construction sign, which then hit the worker, at about 6:10 a.m. on Bendix Drive near Lathrop Street, WNDU reported. The construction worker is expected to survive. No children were on the bus.

Bendix Road between Lathrop Street and Boland Drive was closed for the crash but reopened just after 8:30 a.m.