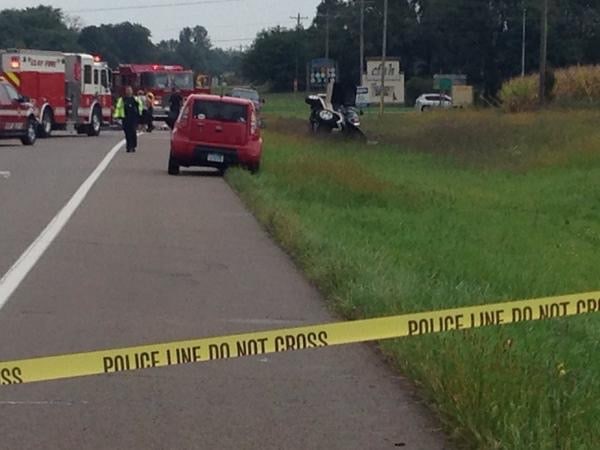 Two people died after a two-vehicle crash on M-62 and May Street in Ontwa Township.

Police in Edwardsburg were called to the scene around 12 p.m. on Saturday, Sept. 5.

One person was pronounced dead at the scene. Another person was extricated from their vehicle and died at the hospital, according to 95.3 MNC’s reporting partners at ABC 57.

Edwardsburg firefighters said they called Medflight and a helicopter from Kalamazoo to come to the scene to help, but thunderstorms were hitting the area and paramedics couldn’t take off, ABC 57 reported.

The area of M-62 and May Road was closed for several hours while investigators conducted their work.

Police said the victims who died were 48-years-old and 46-years-old, according to ABC 57.

The collision is still under investigation.