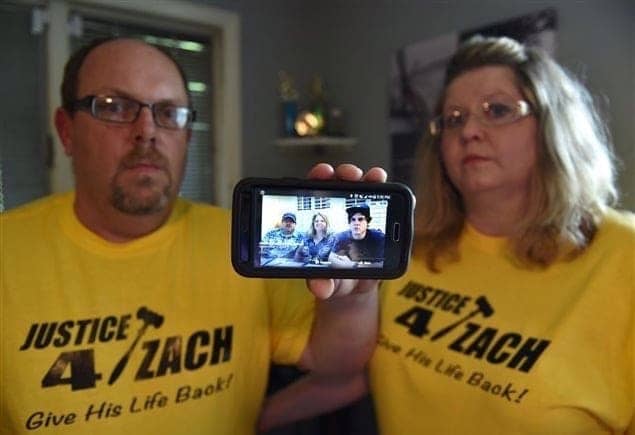 A judge vacated the sentence of Zach Anderson and will allow him to be re-sentenced by a different judge after Anderson pleaded guilty to having sex with a 14-year-old girl who told him she was 17 when they met.

Berrien County District Judge Dennis Wiley wrote in the ruling issued Tuesday, Sept. 8, that he sentenced Anderson to 25 years on the sex offender registry because he observed that the victim “appeared to be extremely young in development and maturity” to the point that anyone would notice “that she was clearly underage and vulnerable,” according to the South Bend Tribune.

Anderson was 19 when he met the girl on an over-18 section of the Hot Or Not dating app. The girl admitted to lying about her age weeks after their encounter. She and her mother requested that Anderson not be charged.

Anderson’s attorney argued at an Aug. 5 hearing that assistant deputy prosecutor Jerry Vigansky’s statements about similar Berrien County cases during Anderson’s sentencing hearing were a violation of the plea agreement, according to 95.3 MNC’s news partners The Elkhart Truth.

Because of the complaint about Vigansky’s statements, Wiley agreed to vacate the sentence and allow a different judge — who will be randomly assigned — to re-sentence Anderson.

Scott Grabel, Anderson’s lawyer, told The Elkhart Truth that he believes prospects are “exceptionally good” that Anderson will get leniency in his new sentence under Michigan’s Holmes Youthful Training Act. HYTA is geared toward young offenders and allows crimes to be expunged with no time on the sex offender registry.

Anderson will stay on the sex offender registry in Michigan and Indiana until he is re-sentenced. He will return to court Friday, Sept. 11, to re-set his bond, The Elkhart Truth reported.

Read more about Anderson’s case and the vacated sentence in the full story from The Elkhart Truth.