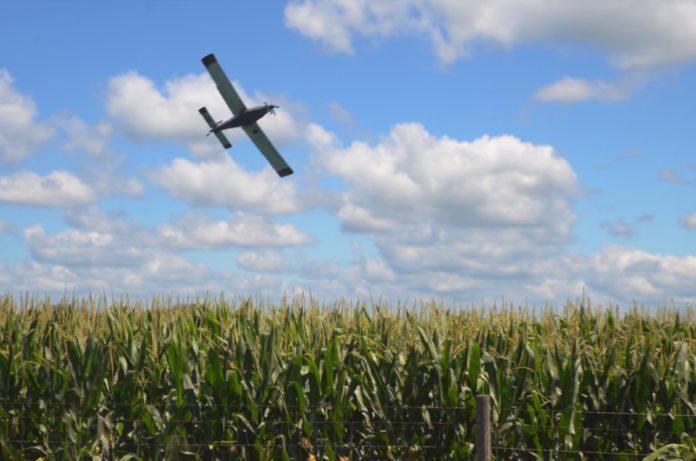 A South Bend man was charged with intimidation after police say he shot a gun in the air near an airplane that was crop dusting near the man’s home in August.

Kory Kolber told police that on Aug. 13 he fired a gun into the air near his home in the 58000 block of Crumstown Highway to warn the pilot to stay away from his home, according to court documents obtained by ABC 57, 95.3 MNC’s news partners.

He said he became angry when he heard the crop duster passing near his home on Aug. 13 because the plane was flying low enough to shake his house and he thought it was an invasion of privacy, ABC 57 reported. He went outside, got his .45-caliber handgun out of his vehicle and fired three shots into the air as the airplane flew over a nearby cornfield.

A witness told police that the plane was going over Kolber’s house when the shots were fired.

Kolber said he didn’t shoot directly at the airplane because “I’m not stupid,” according to ABC 57. He said he wanted the plane to stop.