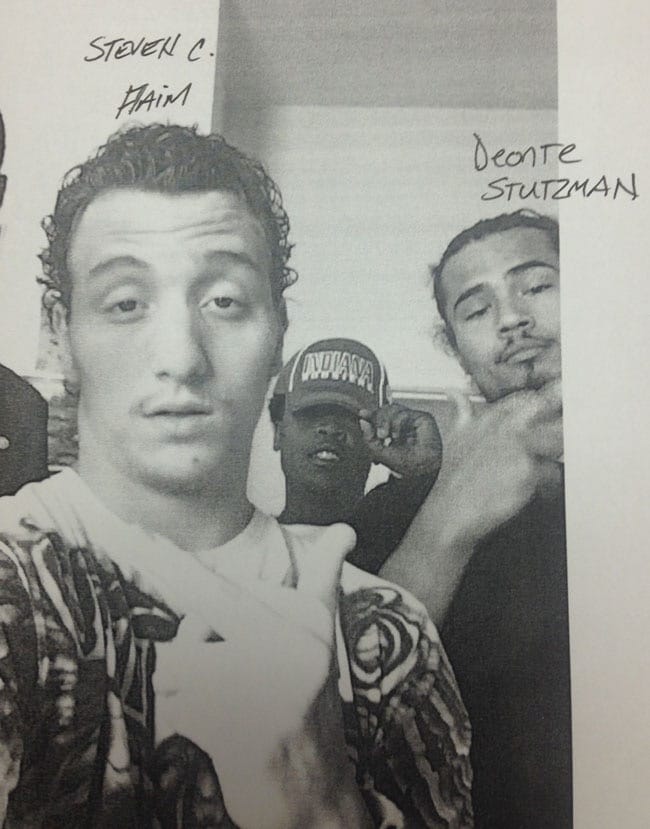 UDPATE: Police have arrested a man suspected of shooting death of a man in Osceola.

26-year-old Terral Golden was arrested on Wednesday, Sept. 16, in connection with the shooting death of Arles Slaven, according to 95.3 MNC’s reporting partners at ABC 57.

Golden also has warrants out for his arrest in California, according to St. Joseph County Metro Homicide.

Deonte Stutzman is still wanted for questioning in the death of Slaven.

Officials are asking anyone with information of Stutzman’s whereabouts to contact law enforcement immediately.

Police are searching for a suspect and three people of interest in connection to a deadly shooting in Osceola on Tuesday night, Sept. 15.

Arles Slaven was shot “multiple times” in a home in the 10000 block of Douglas Road at about 8:30 p.m., according to St. Joseph County Metro Homocide. The shooting wasn’t random.

Investigators want to speak with four people who left the home together in a green sedan, possibly a Toyota Camry, that is in “bad shape.”

A man identified only as “Terrell” is the main suspect, according to investigators. Terrell has tattoos on the back of both of his hands, on his arms and stars tattooed on the right side of his face. Investigators aren’t certain of the spelling of his first name and do not know his last time.

Terrell left the home with Charles “Charlie” Flaim, who lives in the home, Deonte Stutzman and an unidentified man, according to police.

Flaim recently was involved in a traffic collision and his foot was amputated. He uses crutches often, but occasionally uses a wheelchair.

The U.S. Marshals Task Force is searching for the men. Anyone who sees them or knows where one or all of them may be is asked to contact Crime Stoppers at 574-288-7867.