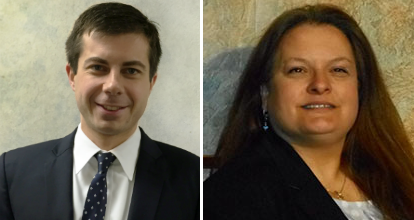 South Bend residents who want to follow the debate between South Bend Mayor Pete Buttigieg and his challenger, Republican Kelly Jones, can follow along online.

News/Talk 95.3 MNC is broadcasting the debate live on Periscope at @953MNC. You can watch the stream on your phone, tablet or computer. You do not need a Periscope account to watch it on your computer.

The debate at IU South Bend is scheduled to last until 7:30 p.m.

The debate is moderated by Dr. Elizabeth Bennion, a political science professor at IUSB and campus director of the American Democracy Project.