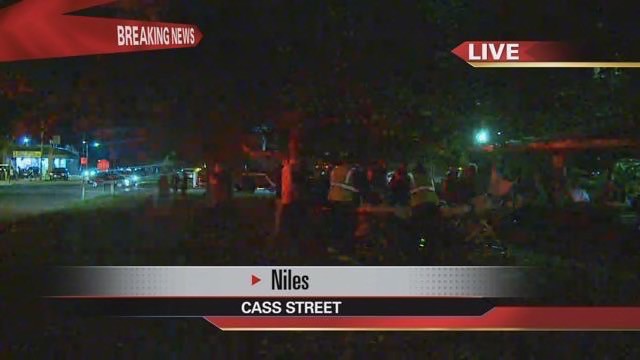 Residents living in a high rise apartment building in Niles, Mich. were evacuated from their homes when a fire broke out.

Crews were called to the Gateway Plaza building in the 200 block of Cass Street, near downtown Niles, around 9:30 p.m. on Saturday, Oct. 10.

Some residents were checked out by medical staff. One resident was taken to the hospital as a precaution, according to 95.3 MNC’s news partners at ABC 57.

Everyone was allowed back into the building after the fire was put out and the building was determined to be safe, ABC 57 reported.

The apartment unit that caught fire was described by firefighters as “badly damaged.”