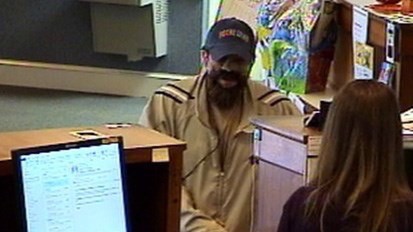 South Bend Police are searching for the suspect who robbed the Old National Bank branch on Ireland Road in South Bend.

The suspect entered the branch just after 12 p.m. on Friday, Oct. 16, according to WNDU.

He left with an undetermined amount of money, according to 95.3 MNC’s reporting partners at ABC 57.

The suspect ran from the bank, climbed a fence, and drove off from the scene, WNDU reported.

There were no injuries reported.

The suspect was described as a short, white male in his 30’s. He was wearing a baseball cap, tan jacket and fake beard and carrying a handgun, according to WSBT.

Anyone with information about the crime to contact Michiana Crime Stoppers at 288-STOP or South Bend Police at 574-235-9201.