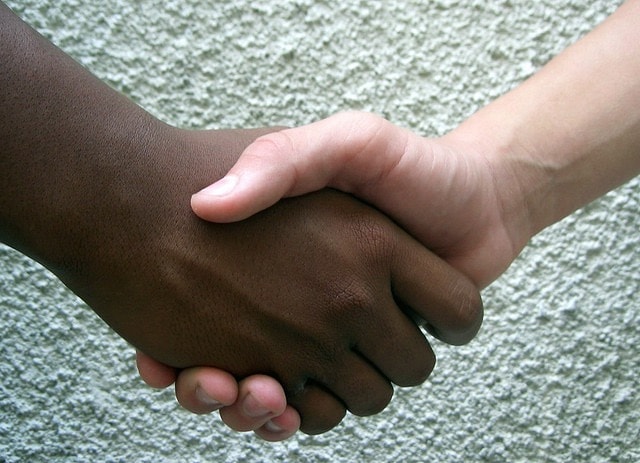 BENTON HARBOR, Mich. (AP) — A man who was unjustly sent to prison and the former officer who sent him there now work together in Benton Harbor.

The Herald-Palladium reports that former Benton Harbor police officer Andrew Collins is the manager at Cafe Mosaic where he is the mentor for Jameel McGee of Benton Harbor. McGee spent four years in federal prison because of Collins’ lies.

Both men now say the experience brought them closer to Jesus, and they want to tell others their story of redemption and forgiveness.

The 33-year-old Collins spent 18 months in prison after his corruption was discovered.

The 35-year-old McGee spent four years in federal prison after Collins in 2005 arrested him for possessing crack cocaine that wasn’t his.