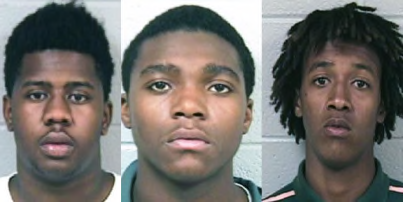 BENTON TOWNSHIP, Mich. (AP) — Police have made an arrest and are looking for other suspects in the weekend shooting of a 17-year-old boy in southwestern Michigan.

The victim has been identified as 17-year-old Karlos Kelly of Benton Harbor.

Meantime, police have arrested 18 year-old Seddrick Williams on a murder charge. They are looking for a 18 year-old Anthony Walker, who they’ve called a murder suspect.

Another male, Daquantaries Williams is wanted for questioning.

Police responded Sunday to Blossom Acres Apartments and found the boy unconscious with a gunshot wound.

Police say they tried to revive the boy but were unsuccessful.