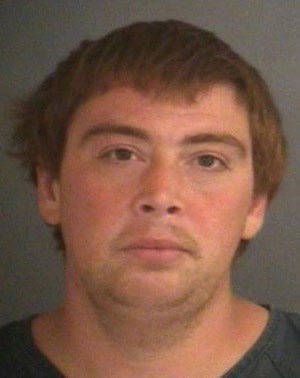 The man who left his child molesting victim with a sexually transmitted disease admitted Tuesday to violating several terms of his probation since being released from prison in August.

Dale Bradshaw, 35, told Judge Elizabeth Hurley he did test positive for both cocaine and marijuana in September, and he has not signed up for court-ordered therapy for sex offenders.

Bradshaw, who is wearing a GPS monitor under court order, said he did not know he was within a mile of his victim by traveling to a Mishawaka food bank until his probation officer told him so, and after that, he has not been back. And he has only recently found a job, he said, which was why he has not paid any of his probation or other fees.

Despite a request from deputy prosecutor Kristen Harmon to take Bradshaw into immediate custody after he admitted to the violations, the judge instead ordered him to return Dec. 11 for sentencing on the petition to revoke probation.

“I think the safeguard of the GPS is where I’m going to keep it at this point,” Hurley said.

Bradshaw and his wife, whom he remarried last month, both declined comment after the hearing.

Bradshaw’s case was first heard by a jury in 2012. The jury could not reach a verdict in Bradshaw’s three high-felony child molesting charges, so Bradshaw later pleaded guilty to one mid-level felony and was sentenced to eight years in prison with two years suspended.

The little boy’s grandmother, outraged that Bradshaw’s term was relatively light compared to the boy’s lifetime of herpes, inspired Indiana Sen. John Broden of South Bend to introduce a bill that allows an enhanced sentence when child molesting results in passing an STD. “Cameron’s Law” went into effect July 1.

The grandmother, who cried after the hearing and said she intends to attend Bradshaw’s sentencing, said, “It doesn’t matter how many years go by, it’s just as raw as it was three years ago.”

A trio of women stood outside the courthouse Tuesday morning, holding signs urging Bradshaw’s return to prison and for Cameron’s Law to not only be passed in every state, but also that the requirement that in similar cases, a perpetrator be forced to pay the child’s medical bills.

The women, who had met only online before this morning, said police officers and attorneys entering the courthouse issued words of encouragement, and cars honked as they drove by.

“It’s time to step up and do something,” said Toni Blankenship, who then offered this to the judge: “We hope she knows how serious we are.”