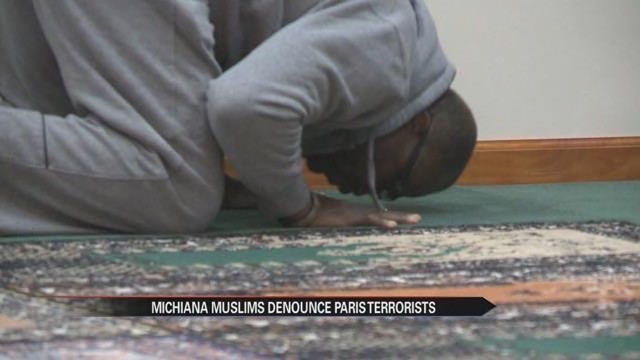 The Islamic Society of Michiana denounced the terrorist attacks in Paris that killed 129 people and injured hundreds more.

“This is completely against our faith,” Mohammad Sirajuddin with the society told our news parters ABC 57. “American Muslims especially, they should not be associated.”

Other members of the mosque agree and say that the religion of Islam forbids murder.

“In our book, God says if you kill one person without any reason, it’s like you killed the whole humanity,” Khalid Naha, a France native, told ABC 57.