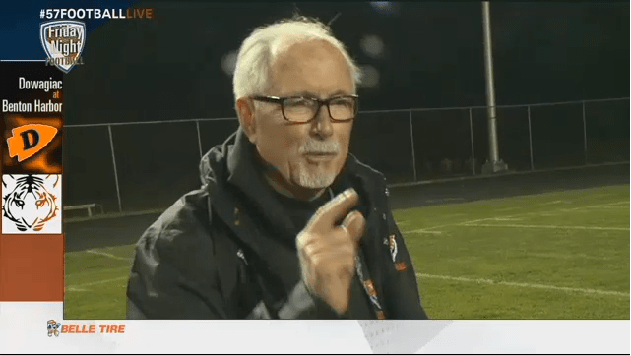 BHHS Principal Reinaldo Tripplett posted on Facebook announcing the broadcast and asked students and staff members to wear orange and black and be ready to show school spirit.

The popular TV show will reportedly be at the school live to honor the Benton Harbor High School Tigers football team, which won five games this year followed by winning in their first-ever playoff game against Dowagiac High School.

The team’s success has been credited to Elliot Uzelac. Uzelac previously served as head football coach at Western Michigan University and the U.S. Naval Academy. He came out of retirement to lead the Tigers, a struggling program that hadn’t won a game in several years.​