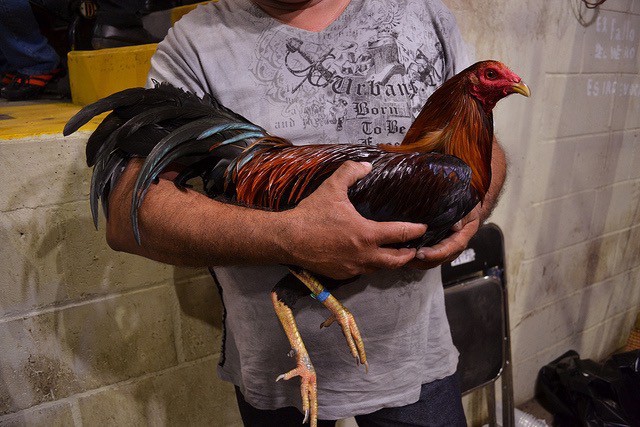 A news release from state police on Sunday says search warrants were served simultaneously on Saturday night at a home located at 21852 State Line Rd. in Bristol and a farm house located at 6244 Plymouth-Goshen Trail in Bremen.

Police say they received an anonymous tip that gamecocks were being raised for use in fighting events. More than 200 birds were discovered. Their care was turned over to the Indiana State Board of Animal Health and an animal anti-cruelty society.

Two men were arrested in Bristol, Victorino Rosales-Alcaraz, 48 and Dario Marin-Alvarez, 32. A third man was arrested in Bremen, Juan Cristobal Gonzalez Moran, 40. All three will face charges of possession of animals used for fighting which is a Level 6 felony. They will also be charged with possession of animal fighting paraphernalia with prior convictions, an A misdemeanor offense.

Cockfighting is banned in all 50 U.S. states. A typical fight can last from a few seconds to a few minutes and typically results in the death of one or both birds.