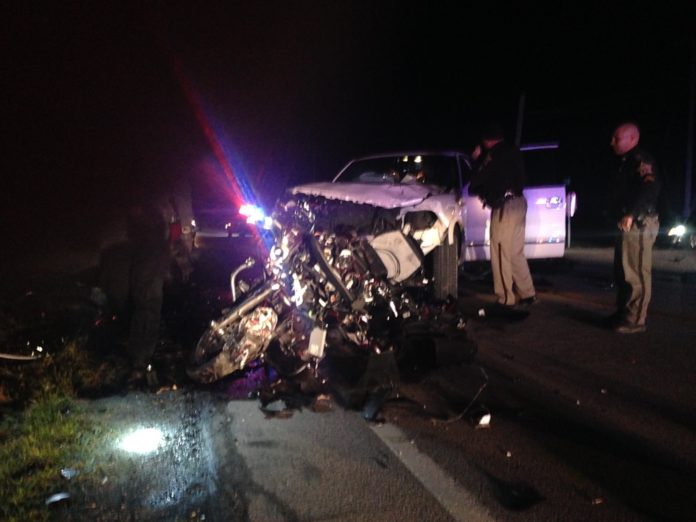 The Thanksgiving Day holiday weekend proved to be a deadly one on area roads and highways.

Two people were killed in a rollover collision on the Indiana Toll Road in Elkhart County, according to WNDU. It happened on Sunday night, Nov. 29.

A third person was taken to the hospital with multiple head and body injuries, WNDU reported.

They were last listed in serious condition.

More information about the crash is expected to be released on Monday.

A North Manchester man died in a motorcycle vs pick-up truck crash.

Emergency crews were called to the area of State Road 15 and County Road 350 South, which is south of Warsaw, around 9:50 p.m. on Saturday, Nov. 28, according to a news release from the Kosciusko County Sheriff’s Department.

A passenger in the pick-up truck, from Winona Lake, was taken to Kosciusko Community Hospital in serious condition.

A preliminary investigation into the crash has determined that the pick-up truck driver had been traveling eastbound on County Road 350 South and had stopped at the intersection. He then turned north onto State Road 15, but had pulled into the path of motorcyclist, who was traveling southbound, according to the news release.

The crash is still currently under investigation.

One person was killed and several others were injured in a crash along U.S. 31 in Marshall County.

Police were called to the area of U.S. 31 and 14-C Road around 8:30 a.m. on Saturday, Nov. 28, where investigators say a driver pulled into the path of another vehicle, according to 95.3 MNC’s reporting partners at ABC 57.

67-year-old Robert Lant was reported to have died later in the day at Memorial Hospital in South Bend, ABC 57 reported.

Investigators say Devante Fisher had pulled onto the shoulder of the road to change a flat tire, according to WNDU.

When he was finished, he got behind the wheel to re-enter traffic. That’s when a vehicle left the road and collided into Fisher’s vehicle, which flipped, trapping him inside, WNDU reported

Two of Fisher’s passengers were taken to the hospital with serious injuries.

The other driver was arrested on a preliminary charge of operating while intoxicated, WNDU reported.