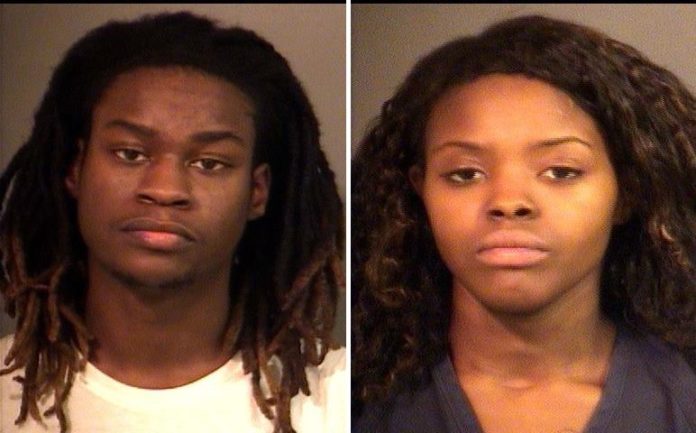 A man suspected of stealing stealing liquor from the Meijer store on Portage Avenue was arrested after officers found him hiding in the trunk of a car that was pulled over by police.

A St. Joseph County Police officer pulled over a vehicle on Tuesday, Dec. 8, driven by a woman later identified as 19-year-old Jacqueline Lattimore of South Bend because the officer thought it was suspicious, according to our news partners ABC 57.

There was a registration issue with the vehicle, so the officer decided to impound it. While checking the car to make sure valuables were removed from the vehicle, police found 23-year-old Isaiah Seward of South Bend hiding in the trunk.

Seward was wanted in connection to a reported theft at Meijer that occurred about 30 minutes prior, ABC 57 reported. Liquor was stolen by four suspects.

Two other people were arrested in connection to the theft at Meijer, ABC 57 reported, but they have not been identified. South Bend Police are searching for a fourth suspect.