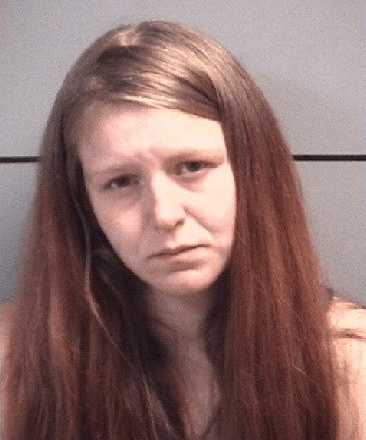 A Plymouth mother was sentenced to 35 years in prison in connection to the death of her 2-year-old daughter.

Krysti Lavanway, 24, pleaded guilty of felony neglect of a dependent resulting in the death of Serenity Wilson. In exchange, the Marshall County prosecutor dropped the murder charge against her.

Wilson died Sept. 19 at a Fort Wayne hospital after suffering multiple blunt-force injuries to her head.

Deputy Marshall County Prosecutor Tami Napier said Monday an autopsy shows there was no evidence that Lavanway struck the child. However, the 2-year-old was not taken to the hospital until several hours after Lavanway was aware of the child’s injuries, according to police reports.

At the time, the girl was living with her mother and Weedling in a Plymouth motel.

Weedling is charged with Wilson’s murder.

Lavanway cried as she was taken away when the hearing ended, according to 95.3 MNC’s reporting partners at ABC 57.

She will serve 26 years of the 35 years in prison, WSBT reported.