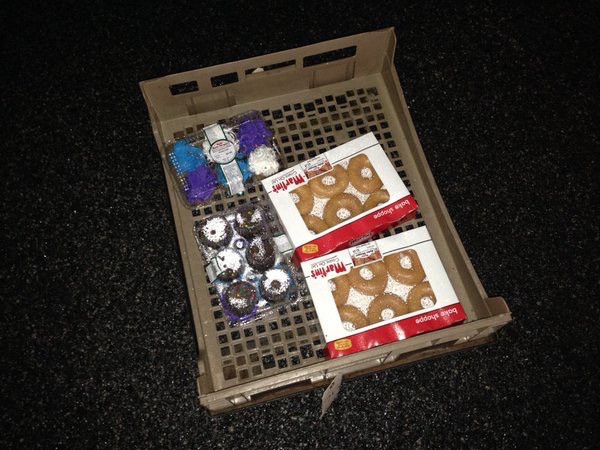 Sweet treats were spilled all over the northbound lanes of Main Street in Mishawaka when a truck driver lost his truck box.

It’s not known exactly how the truck lost it’s load of donuts and baked goods that were suppose to be delivered to a grocery store.

The driver of the truck is a little shaken up but suffered no injuries, according to 95.3 MNC’s reporting partners at ABC 57.

Because of the disabled box and donuts and pastries scattered all over the road, the northbound lanes of Main Street are closed between Douglas and Indian Ridge, according to the Mishawaka Police Department.

On a serious note, road conditions are still less than ideal. Be careful. @ABC57News pic.twitter.com/taDsyRgMDi

Martins spokesperson tells me 4 stores worth of baked goods are damaged. @ABC57News pic.twitter.com/du16g7SvaC