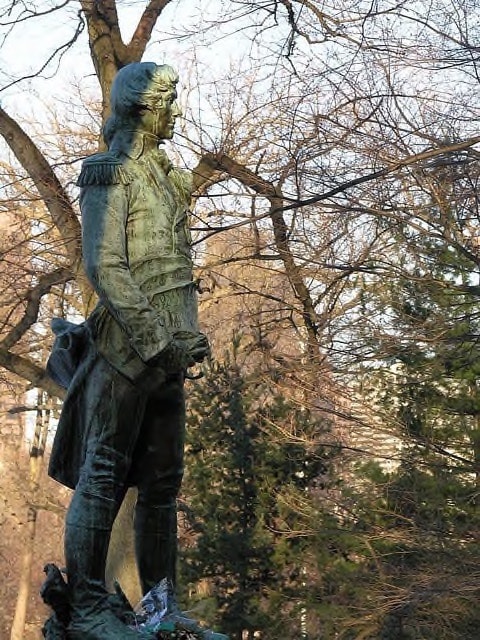 NEW CARLISLE, Ind. (AP) — A sculptor is working to repair a bronze statue honoring a Polish hero of the American Revolution that was hacked off at the feet by thieves taking it from an East Chicago park. The statue of Polish Gen. Thaddeus Kosciuszko is now in the garage workshop of Barry Tinsley at his home in New Carlisle.

The (Munster) Times reports that he’s restoring the 76-year-old statue that also had its face flattened and its head nearly cut off. Tinsley has put stainless steel inside the statue to make it harder to cut through. He’s being paid about $10,000 for the work and expects to have it finished no later than February.