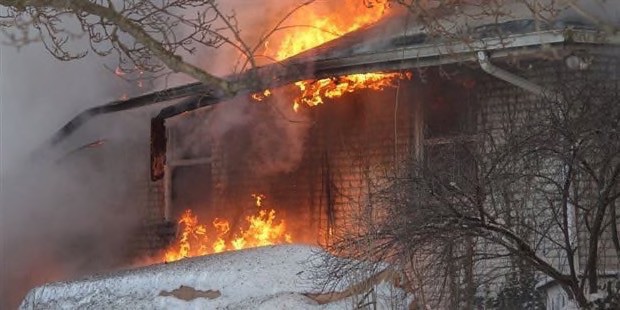 Two people were taken to the hospital after a house fire in Concord Township.

Crews from Concord, Olive and Harrison Township fire departments were called to the 24000 block of Pleasantview Drive after 7:15 a.m. on Wednesday, Jan. 13, according to 95.3 MNC’s reporting partners at The Elkhart Truth.

On arrival, flames could be see shooting from the shoof of the home, The Elkhart Truth reported.

The husband and wife who were hospitalized had minor injuries, according to WSBT.

Three pets were said to be be missing, WSBT reported.

Damage to the house was described as extensive.

The fire was under control by 9 a.m. There is no word on the cause of the blaze.

The blaze is coming out of the roof and it looks like the house is heavily damaged. Part of roof still snow-covered. pic.twitter.com/VJSSERoyOn