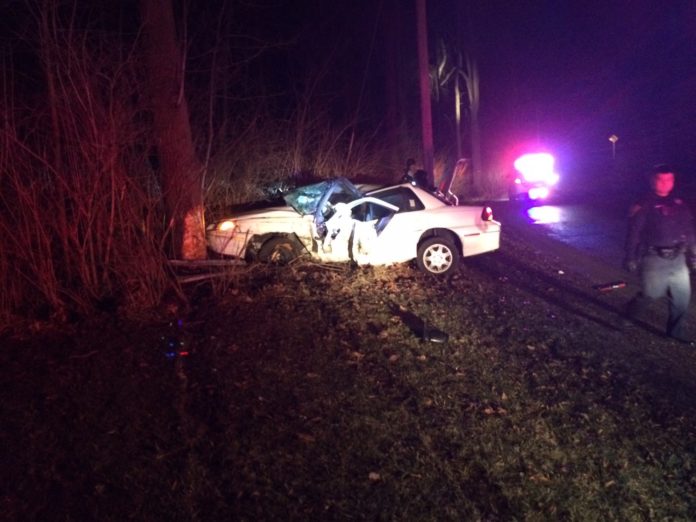 A 44-year-old Syracuse man was killed in a single-vehicle crash in northern Kosciusko County on Monday night, Jan. 25.

Ronnie S. Zentz died of blunt force trauma in the crash, according to Sgt. Chad Hill with the Kosciusko County Sheriff’s Department.

Officers were called to the crash near the intersection of Hasse Court and C.R. 1000 at about 9:05 p.m. and found a white Pontiac Grand Am that had crashed into a tree.

Zentz was traveling east on C.R. 1000 North when police believe his vehicle slid into a curve, went off the road and hit a tree, Hill said.

The crash is under investigation.