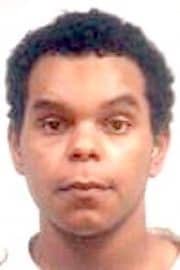 Jose Quiroz, the Elkhart Four man who pleaded guilty to felony murder, had his conviction modified and his sentence changed during a post-conviction relief hearing on Thursday, Feb. 11.

Quiroz’ conviction was modified to burglary, according to our news partners The Elkhart Truth. He was re-sentenced to 10 years in prison, but could be released as early as this year.

According to Kathleen Cleary, Quiroz’s attorney, the earliest date her client can be released would be in October. That could change though.

This comes after three of his co-conspirators — Levi Sparks, Blake Layman and Anthony Sharp — had their felony murder convictions overturned and modified to burglary by the Indiana Supreme Court in September.

Quiroz pleaded guilty to felony murder in November 2012. He, Sparks, Layman and Sharp were arrested in October 2012 after they broke into an Elkhart home. The homeowner was asleep upstairs when he heard the intruders and shot at them, striking and killing 21-year-old Danzele Johnson, a co-conspirator.

Sparks, Layman and Sharp were convicted of felony murder after a trial in 2013 and sentenced to at least 50 years in prison each. They were each re-sentenced on the burglary charges in January.

One person injured in St. Joseph County after vehicle struck by train