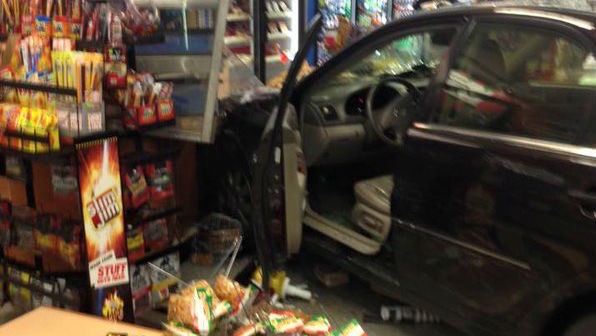 There were no injuries reported after a driver crashed into a gas station in Elkhart,

Elkhart Police were called around 9:35 p.m. on Friday, Feb. 26, to the Concord BP gas station and convenience store in the 800 block of E. Mishawaka Road.

The driver was attempting to park the vehicle and pressed the gas pedal instead of the brake, causing the car to crash into the building, according to 95.3 MNC’s reporting partners at The Elkhart Truth.

The car drove completely into the store, damaging the front doors and some merchandise, The Elkhart Truth reported.

The damage to the building was described as “significant” by 95.3 MNC’s reporting partners at ABC 57. Despite that, the store was open for business, as usual on Saturday.