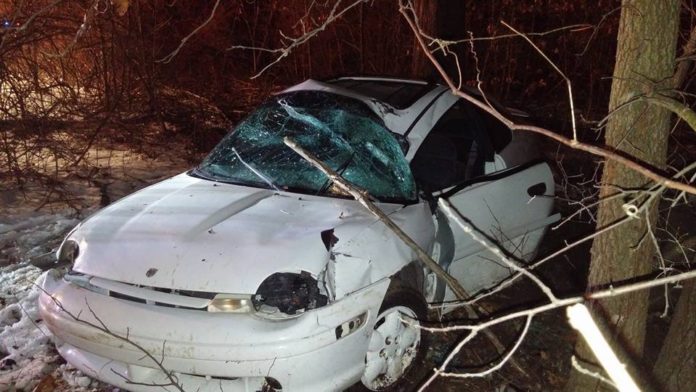 Two men were arrested early Sunday morning, March 6, in connection to a police chase in Mishawaka that ended in a crash.

Someone called the police at about 2:30 a.m. Sunday and reported two people were causing a disturbance at a home in the 1100 block of Edison Road, our news partners ABC 57 reported.

When police got there, a man got into a white car and sped away from the house, narrowly avoiding hitting officers, St. Joseph County Police said.

Eventually the vehicle crashed near Day Road into a tree and an electricity supply cabinet. The driver — later identified as Butt — ran from the car but was eventually found and arrested with help from a K-9 unit.

Nettrour was not in the vehicle, but he was also arrested.

Two homes were temporarily without electricity because of the crash.