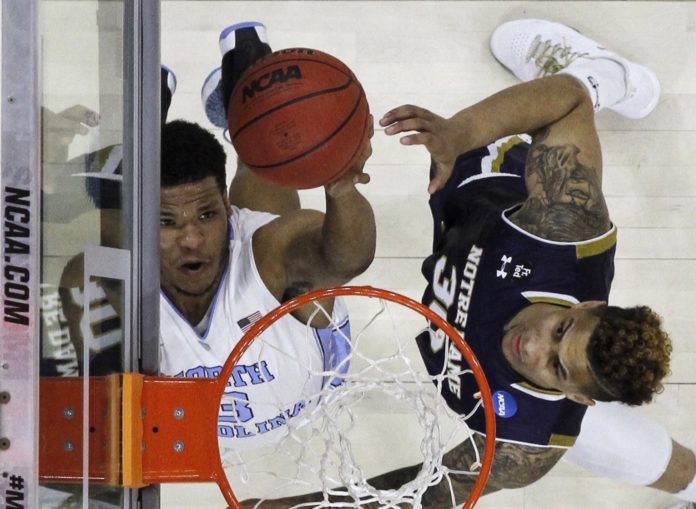 PHILADELPHIA (AP) — Brice Johnson had 25 points and 12 rebounds to lead North Carolina to an 88-74 victory over Notre Dame on Sunday night, leaving the Tar Heels as the only No. 1 seed in the Final Four.

The Tar Heels reached the Final Four for a record 19th time and the first since 2009, when they won the last of their five national championships.

North Carolina (32-6) will face Syracuse, the 10th seed from the Midwest Regional, in another all-Atlantic Coast Conference matchup in the Final Four on Saturday in Houston. The Orange beat top-seeded Virginia 68-62.

The game was two different halves. In the first, the teams went shot for shot with both teams shooting over 58 percent and neither leading by more than six points.

The second half was run for run and the Tar Heels took control over the final 10 minutes.