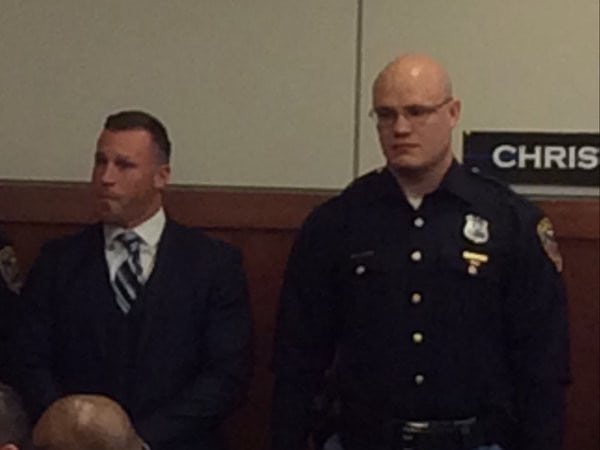 South Bend Police Officers Joe Mitchell and John Comeau were named the department’s Officers of the Year for 2015.

Mitchell was recognized for investigating more than 100 crimes in 2015 and Comeau was recognized for making a big impact in the community, according to our news partners ABC 57. They received their awards during the 14th annual South Bend Police Department Awards Ceremony on Sunday afternoon, April 3.

Mitchell and Comeau both humbly accepted their awards.

“All the guys I worked with in major crimes put in the same effort I did,” Mitchell told ABC 57. “They are all just as deserving as me. I don’t know why they picked me.”

Comeau agreed that the other officers in his department also deserved the award just as much as he did.

“When you’re recognized individually in what’s a team effort, it can be, very honestly, a little embarrassing,” he told ABC 57. “Definitely very humbling.”

Read more about the ceremony in the full story from ABC 57.