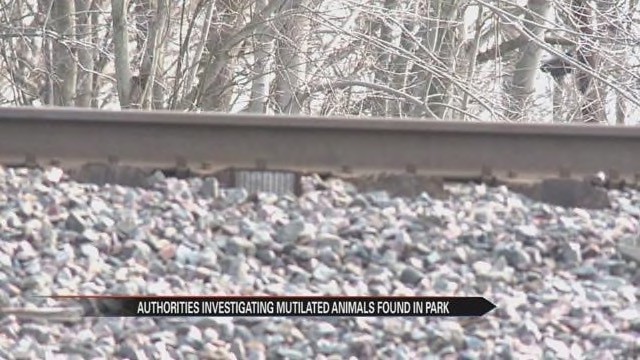 Someone walking along a trail at the park found the animals near railroad tracks off of South Holmesville Road, according to our news partners ABC 57.

Five opossums, two raccoons, a deer and an unidentifiable animal were all found decomposing there. The bodies were found near the railroad tracks but not on them, so investigators with the LaPorte County Sheriff’s Department believe it was done by a person or multiple people.

The Indiana Department of Natural Resources is in charge of the investigation.

While there aren’t cameras that could have caught a suspect, police are hoping that someone who has visited the park in the past few months may have seen something.

Anyone with information is asked to contact the LaPorte County Sheriff’s Department at 219-326-7700 or the Indiana Department of Natural Resources at 317-232-4200.