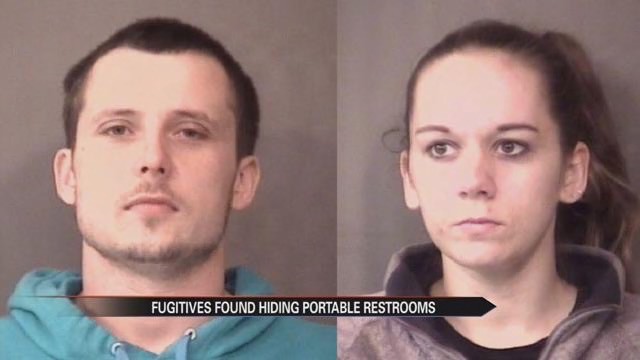 INDIANAPOLIS (AP) — A report of suspicious activity near some portable toilets led authorities in Kosciusko County to arrest two people who were wanted for allegedly stealing thousands of dollars in electronic equipment.

The Elkhart Truth reports Hannah Brown, 23, and Steven Gasaway, 25, of Warsaw were arrested early Friday near Tippecanoe Lake. Both had warrants out for their arrests.

Police say Brown was discovered hiding inside one of the portable toilets. Gasaway fled from one of the toilets when police arrived and was later found inside a nearby boat.

The two are suspected of stealing a television, several computers and some cameras from several stores in Kosciusko County.