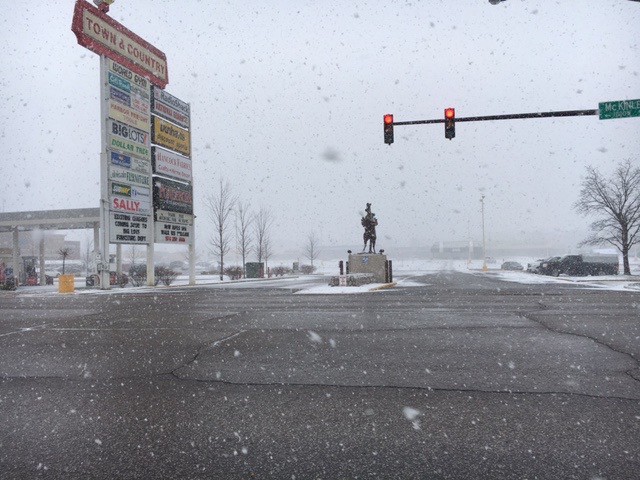 The calendar says April 9, but it looked more like January 9 in parts of Michiana this morning when lake effect snow began to fall.

Lake effect snow showers were forecast to continue across far southwest lower Michigan and portions of north central Indiana through late morning on Saturday, Apr. 9, according to the National Weather Service of Northern Indiana.

The heavier lake effect snow showers were expected to slowly shift eastward across the central and eastern portions of St. Joseph and Marshall counties in northern Indiana, the National Weather Service stated.

Additional snow accumulations of 1 to 2 inches were likely to fall in some spots, according to the National Weather Service.

Visibility was reduced in areas where the lake effect snow showers.

Just like during the true winter weather months, drivers were warned to be prepared for rapidly changing visibility and slick snow and ice covered roads.

Roads are slick due to the snow this morning. Drive safely. pic.twitter.com/tygrtVSeAH