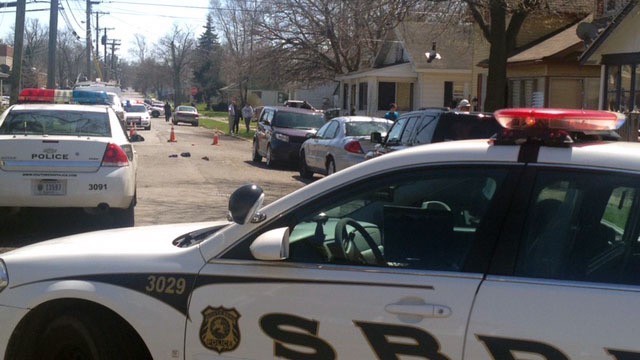 Two children and an adult were hit by a car in South Bend on Friday afternoon, April 15, and police are still looking for the suspected driver.

A car turned onto Dale Avenue from Dubail Avenue at about 2:30 p.m. and tried to avoid a ladder, but ended up hitting three pedestrians, according to our news partners ABC 57.

The car then hit a fence in a nearby alleyway and the two people inside the vehicle got out. The passenger was found, but police were still looking for the driver as of 4 p.m.

The two children and adult were taken to an area hospital but aren’t believed to have suffered life-threatening injuries.