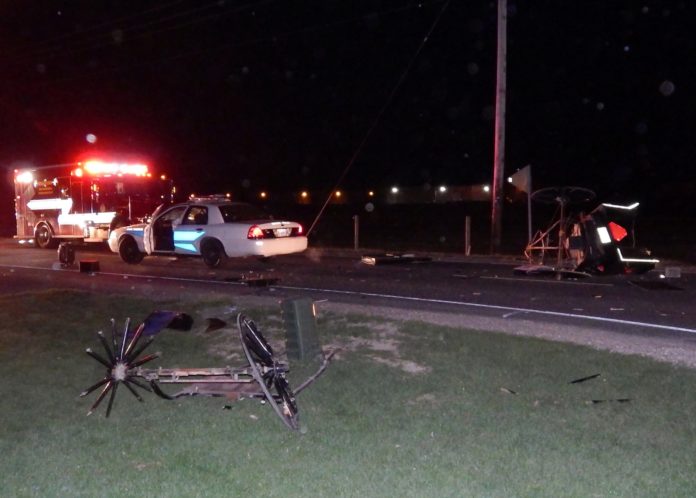 An Indiana State Police trooper and a Middlebury man were injured when the trooper’s police car and a horse and buggy collided near Middlebury late Sunday night, April 17.

The horse ran away after the crash but later was found at the Middlebury man’s home.