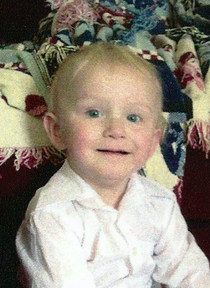 A key witness in the deadly shooting of 2-year-old John Swoveland Jr. won’t be facing criminal charges after he testified in two trials related to the case.

Joshua Hodge was charged with two counts of assisting a criminal after police say he lied to police about two suspects who were hiding in his apartment following the April 9, 2014, shooting.

The St. Joseph County Prosecutor’s Office agreed to dismiss the charges after they said Hodge testified in the murder trials for Robert Griffin and Tyre Bradbury. Hodge also helped prosecutors identify suspects and has no previous criminal history.

Since he was charged, Hodge found a full-time job and is working to provide for his family, the prosecutor’s office said.

John was playing outside a relative’s home on Campeau Street in South Bend when he was hit by a stray bullet fired by Griffin during a gang fight at Coquillard Park.

Griffin was sentenced to 60 years in prison after he was convicted of murder. Bradbury, who prosecutors said fired the gun, was found guilty of murder and criminal gang enhancement is scheduled to be sentenced April 26.