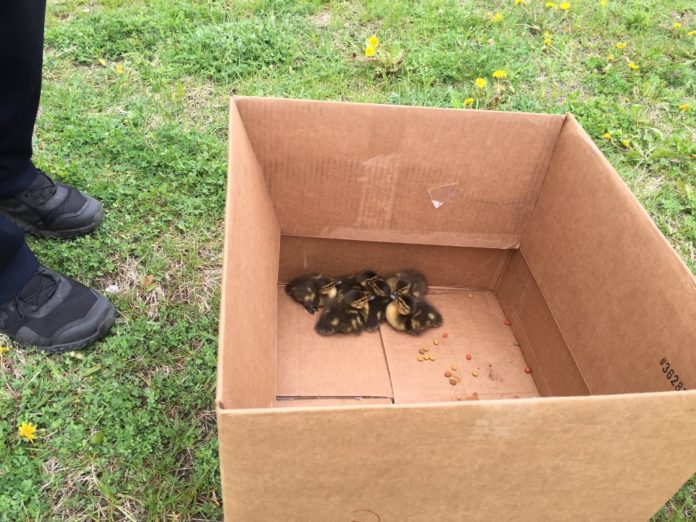 Officers with the Elkhart Police Department responded to an especially adorable emergency on Friday afternoon, April 22.

The officers, working with Elkhart Public Works, rescued six ducklings from a drain on Beardsley Street near Johnson Street, according to our news partners The Elkhart Truth.

Officer Jason Tripp used an estate sale sign to fish the ducks out of the drain and put them in a cardboard box, where some snuggled together while others jumped around and squeaked.

The mother duck has a nest near the urgent care clinic by the corner of Beardsley and Johnson.

Elkhart PD and Public Works rescuing some ducklings from a drain on Beardsley near Johnson pic.twitter.com/G275DVxjVY

Find out what happened to the ducklings in the full story from The Elkhart Truth.