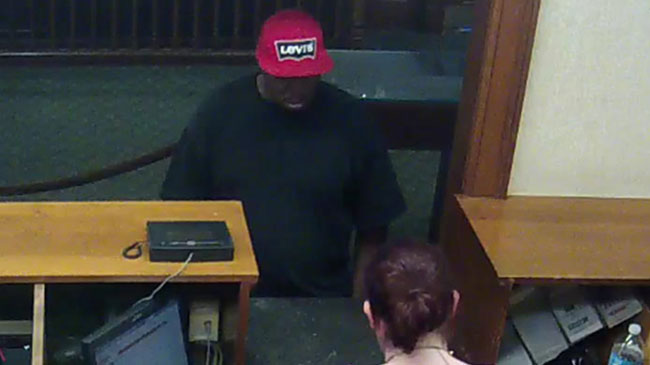 Officers were called to the bank branch around 2:45 p.m. on Tuesday, May 3, 2016, according to a news release from the South Bend Police Department.

When officers arrived on scene they were given a description of the robber as a male black, possibly in his 40’s, unshaven, wearing a baseball cap, black t-shirt and blue jeans, the news release stated.

The suspect handed the teller a note demanding money and said that he had a gun. The suspect left the bank with an undisclosed amount of money. He entered a grey mini-van driven by a second suspect, the news release stated.

Investigators asked that anyone with information about the bank robbery to contact Michiana Crime Stoppers at 288-STOP or the South Bend Police at 235-9201.