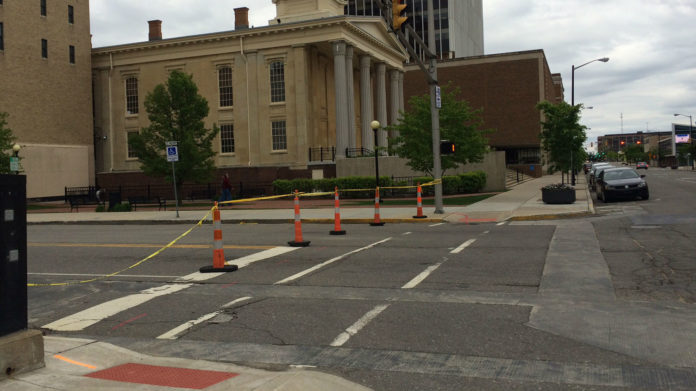 Several downtown South Bend streets, including Main Street, were closed on Saturday, May 14, when debris fell from the Chase Tower.

The streets that were closed also included the portions of Lafayette and Washington that are near the tower, according to 95.3 MNC’s reporting partners at ABC 57.’

The South Bend Tribune reports that plywood covering a window on Chase Tower’s south side blew off and struck a neighboring building.

The far left lane on Main Street was reopened to traffic by late Saturday night.

City officials said the closures were necessary to insure pedestrian safety, ABC 57 reported. The city hoped to be able to reopen streets on Sunday.

South Bend Police do not believe anyone was hit by the falling debris, as there were no injuries reported., ABC 57 reported.