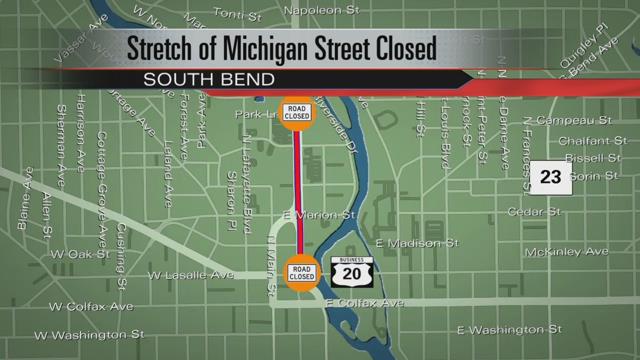 Another phase of Smart Streets construction begins on Tuesday, May 17, in downtown South Bend as Michigan Street will close from LaSalle to Riverside. The intersections of Michigan and Bartlett and Michigan and Marion will be closed as well, blocking the main entrance to Memorial Hospital. Drivers can detour using Sample and Eddy streets from the south and Cleveland Road to Bendix Drive to Lincolnway or Portage Avenue and Angela Boulevard from the north.

Patients and visitors can get to Memorial Hospital along North Lafayette Boulevard.