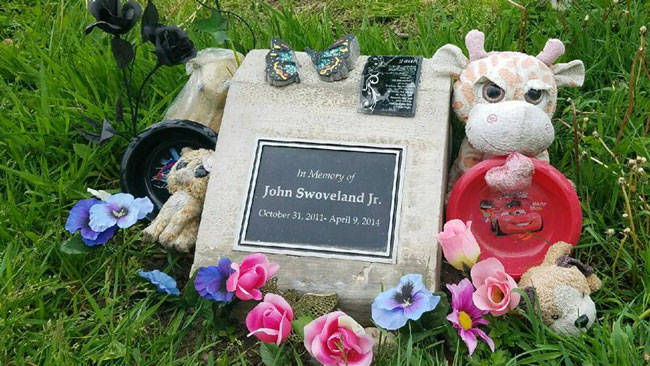 A memorial for a 2-year-old South Bend boy who was shot to death in April 2014 was vandalized.

Items placed at the memorial for John Swoveland Jr. in Coquillard Park were damaged, one item was stolen and the glass on a plaque was cracked sometime between April 9 and May 17, the South Bend Tribune reported.

Swoveland was playing in the front yard of his aunt’s home on Campeau Street when he was hit by a stray bullet fired during a gang fight blocks away at Coquillard Park.

Earlier this week, 17-year-old Tyre Bradbury was sentenced to 90 years in prison after he was convicted of murder and a criminal gang enhancement for bringing the gun used in the shooting to Coquillard Park and giving it to the man who fired it. Bradbury was the last of the eight suspects charged in connection to the shooting to be sentenced.

No suspects have been announced