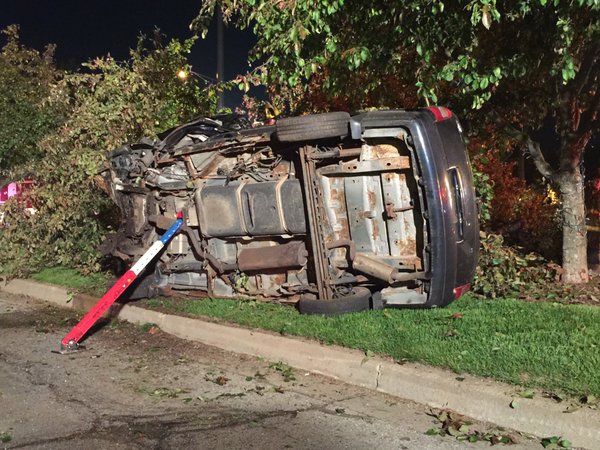 It’s been a busy weekend for local police officers who were called to the scene of several crashes.

In Mishawaka: A man was taken to the hospital after a one-vehicle crash at Main Street and Edison Lakes Parkway. The collision happened around 1 a.m. on Sunday, May 22. The victim was found trapped inside the vehicle, which had left the road and rolled onto its side, according to tweets from the Mishawaka Fire Department. The man was taken to Memorial Hospital in South Bend in serious condition.

In South Bend: three vehicles were damaged after South Bend Police say a man crashed his SUV near the intersection of Miami and Fox Streets. It happened around 2 a.m. on Saturday, May 21. The man behind the wheel of the SUV slammed into a parked car, which caused the vehicle to roll onto its side, according to WNDU. The driver was taken to the hospital for treatment of his injuries.

In Elkhart: A man suffered injuries described as traumatic in a car vs motorcycle crash. It happened around 5:30 p.m. on Sunday, May 22, at Nappanee Road and Beardsley Avenue. The victim was on a motorcycle and not wearing a helmet, according to 95.3 MNC’s reporting partners at The Elkhart Truth.

In a separate crash, power was cut to some homes and businesses after a driver crashed into a power pole at the intersection of State Road 19 and Indiana Avenue. The collision happened around 8:30 p.m. on Saturday, May 21. The pole fell into the front yard of a home, according to WNDU. There were no injuries reported.