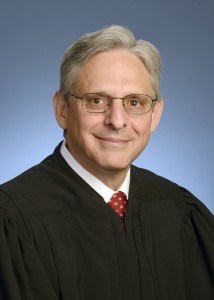 U.S. Attorney General Merrick Garland said last week that he has authorized the Department of Justice to strategize on addressing the growing number of incidents involving school board meetings across the country.

Garland said in a memorandum there has been “a disturbing spike in harassment, intimidation, and threats of violence against school administrators, board members, teachers, and staff who participate in the vital work of running our nation’s public schools.”

“I was on a school board for ten years,” said Sen. Mike Braun of Indiana. “Occasionally, you’d have rowdy meetings. Generally around a disciplinary issue or a building project being proposed. This is all different now.”

“I think a lot of parents are going to really think about who they put on their school boards,” Braun continued. “That’s no excuse, though, for having school board meetings that get out of hand where school board members will feel threatened.”

However, Braun added that though rowdy school board meetings are a growing problem, the issue does not warrant the attention of the Department of Justice.

The National School Board Association had to walk back a letter it sent to President Biden calling for the investigation on Friday. They still want the DOJ to look into the threats against school boards.

The board also apologized for characterizing concerned parents as “potentially domestic terrorist.”