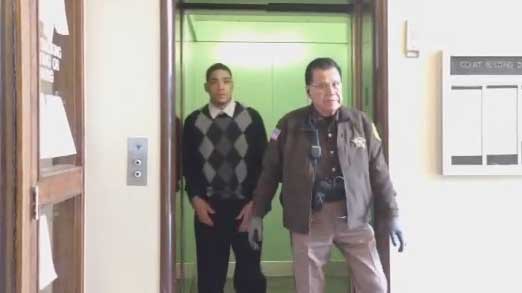 SOUTH BEND — A man was sentenced to 60 years in prison Wednesday, April 8, in connection to a shooting death of a child, WSBT reports.

Robert Griffin, 19, was convicted of murder and attempted murder in February in connection to  the 2014 shooting death of 2-year-old John Swoveland Jr. of South Bend, according to the report.

The sentencing was delayed last month, according to WNDU, when the defense filed a motion to dismiss at the last minute.

Swoveland was shot last April outside at Campeau Street, according to WSBT, which police say was a stray bullet from a gang-related shooting.

Seven other people were charged in the shooting death, WNDU reports. Griffin plans to appeal.