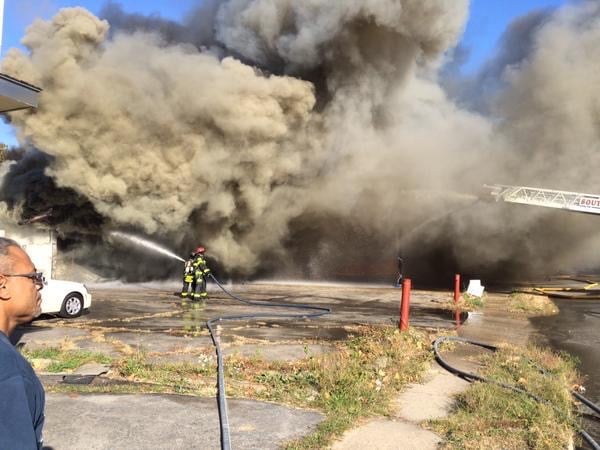 A car wash in South Bend was destroyed when it caught fire Monday morning, Oct. 19.

Heavy, dark smoke plumes could be seen for miles as crews worked to get the fire under control. Nobody was injured in the fire.

The business is located across from Jefferson Intermediate School.

South Eddy Street remained closed in the area while fire crews battled and eventually extinguished the flames. More than a dozen fire departments and emergency crews responded to the scene.

Carwash owner says everyone made it out safely. @CaleighReports now on the scene. @ABC57News pic.twitter.com/xO012druHW