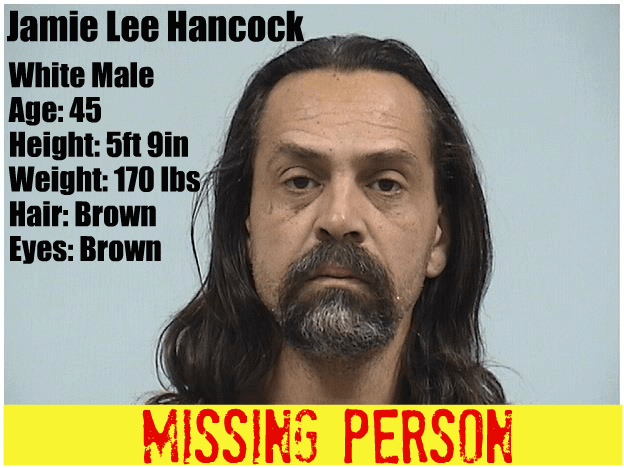 Police are asking for the public’s help in finding a 45-year-old Elkhart County man reported missing by his family.

Jamie Lee Hancock was last seen in the 59000 block of C.R. 113 in Elkhart on Dec. 9, according to the Elkhart County Sheriff’s Department. He was described as a white man, 5 feet 9 inches tall, weighing 170 pounds with brown hair and brown eyes.

He was last seen wearing blue jeans and a black jacket, though his clothing may have changed since then.

He was driving a white 2001 Ford E350 cargo van with Indiana license plate TK537MXC. The van had some rust on the bottom of it and had a roof ladder rack and a white PVC tube attached to it.

Hancock may have been heading to Lafayette.