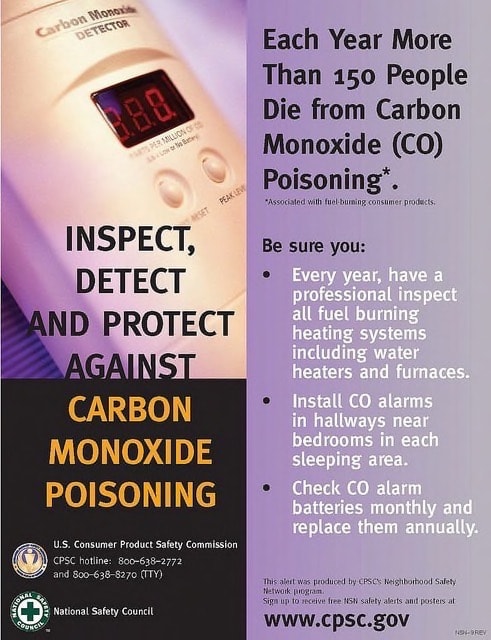 Two adults and two children living in a Harris Township home were taken to a hospital for possible carbon monoxide poisoning.

Clay Fire crews responded to a call on Sunday morning, Jan. 24, for a person who had passed out multiple times, according to a news release from Clay Fire Territory.

The levels of the gas begin to be hazardous at 35 parts per million, by comparison, the readings in the Harris Township home were over 400 parts per million when firefighters entered, the news release stated.

It is believed that the source of the carbon monoxide was the furnace.

Clay Fire is using the incident as reminder to residents to have all natural gas appliances; water heaters, clothes dryers, and especially furnaces checked for proper operation, and ventilation. Improperly vented wood burning heating devices are also a source.

Carbon Monoxide detectors can warn you of this danger and should be located in every home in the same locations as smoke detectors.