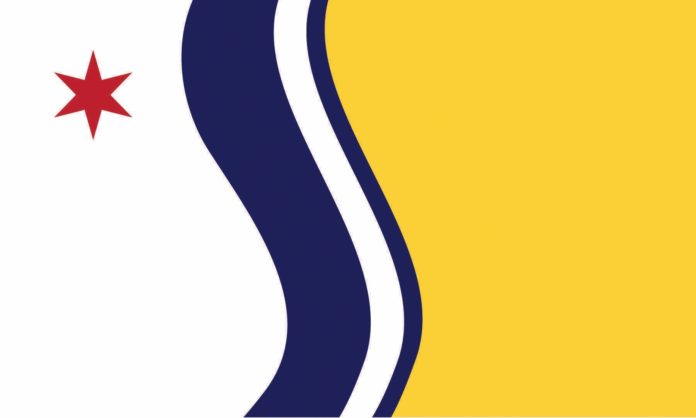 A new flag will soon be flying over the city of South Bend.

The new flag features a red six-pointed star on a white field, two blue S-shaped lines with a white stripe between them and a yellow field. The six points on the star represent the six city council districts, while the blue and white lines represent the St. Joseph River that flows through the heart of South Bend.

The City of South Bend held a contest seeking new designs for the flag as party of the city’s 150th anniversary celebrations. More than 1,000 designs were submitted and narrowed down to three finalists. The final flag design is a combination of the three finalists after receiving comments from the community.

South Bend residents and business owners are encouraged to display the new flag or use it in new ways. Files are available online.

The previous flag, which featured the city seal on a yellow field, will be retired. The city seal will still be used.