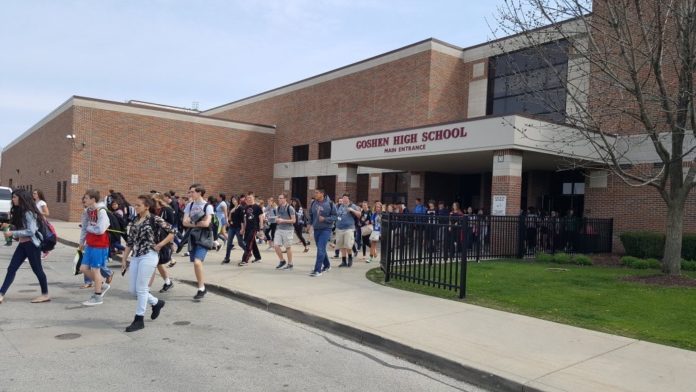 Goshen High School was evacuated for less than an hour Wednesday, April 20, after a teacher found a suspicious device near the Whiteman Gymnasium close to the center of the school.

Police and firefighters investigated the device and called the bomb squad in to take care of it, the Goshen Police Department said. Then police received a phone call from an electrician who was contracted to work at the high school who said he left the device under the bush “out of the way” while he left school grounds to eat lunch.

Investigators determined that the man was telling the truth and that there was no danger to the school.

Students were evacuated to the baseball field and on the field near the administration building, but were let back into the school shortly before 1 p.m.