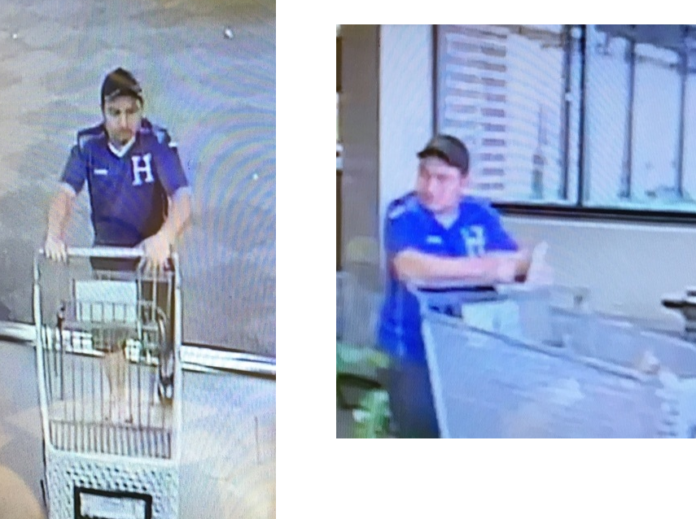 Elkhart Police are looking for two people who may have information about a burglary at a convenience store on the city’s south side in March.

The robbery happened sometime the night of March 26 or the morning of March 27 at the Neighborhood Convenience Store at 1712 Oakland Ave., Elkhart, Sgt. Chris Snyder with Elkhart Police said.

Police are searching for a woman seen in surveillance video from a 7-Eleven convenience store at 1417 Nappanee St., Elkhart, at 11 p.m. March 26.

Investigators are also looking for a man seen in a surveillance video at the Kroger store at 130 Hively Ave., Elkhart, just before 7 p.m. April 19.

See the photographs above.

Anyone with information about the burglary or who may be able to identify the people seen in the surveillance footage may call Detective Dan Milanese at 574-295-7070 or the Elkhart Police Tip Line a 574-389-4777.