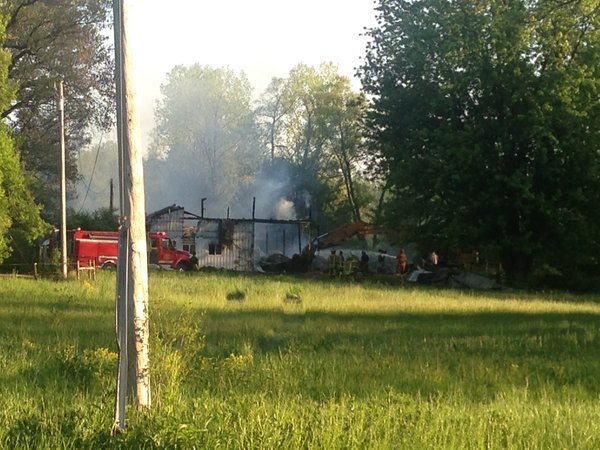 A fire heavily damaged a barn behind Lakeland Animal Clinic in Syracuse. The fire happened just after 4:30 p.m. on Wednesday, May 18.

There was so much smoke from the fire, it showed up on National Weather Service radar, ABC 57 reported.

Crews are still assessing the damage done from the fire.

There is no word on the cause.

Fire in Syracruse is out. Crews are putting out embers at this point. Multiple departments still on scene. pic.twitter.com/QoLZUjouc9