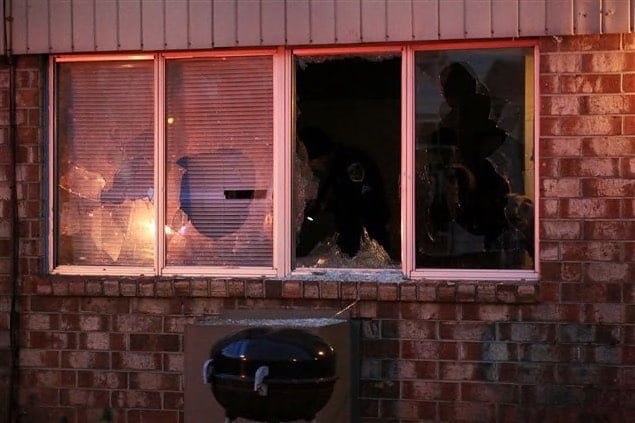 Police found bullet holes and shattered window glass but no victims after gunfire was reported in the 400 block of State Street on Thursday night, April 23.

Police received several calls about gunfire at about 8:30 p.m., according to 95.3 MNC’s news partners at The Elkhart Truth.

Nobody was injured, but neighbors and police found bullet casings, bullet holes and shattered glass in the area.

One neighbor told The Elkhart Truth she thought she heard four shots fired, then the screech of a vehicle pulling away before more shots were fired.

Anyone with information about the shooting may contact the Elkhart Police Department at 574-295-7070.