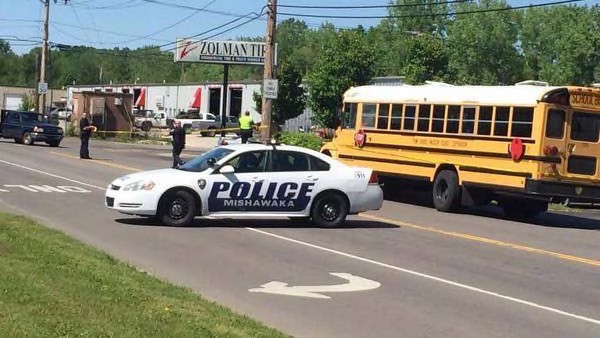 One person was taken to an area hospital with serious injuries after a crash involving a car and a school bus Friday afternoon, May 22.

A passenger car and a Penn-Harris-Madison school bus collided shortly after 3 p.m. at the intersection of McKinley Avenue and Home Street, 95.3 MNC’s news partners at ABC 57 reported.

The driver of the passenger car was taken to the hospital with serious injuries, WSBT reported. No children were on the school bus at the time of the crash.