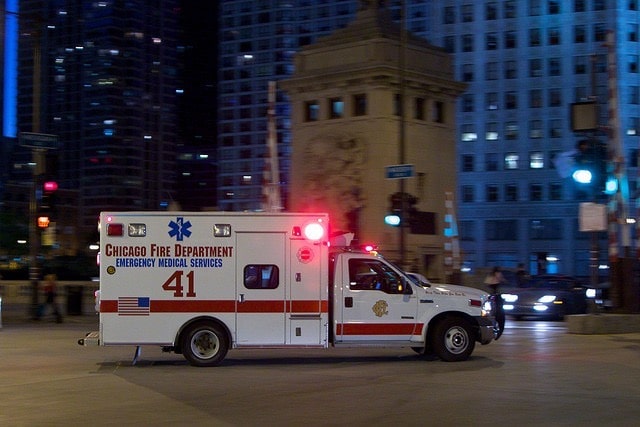 CHICAGO (AP) — Authorities say a collision between a Chicago Transit Authority bus and several other vehicles left one person dead and at least eight others injured.

The accident occurred around 6 p.m. Tuesday in the city’s downtown business district.

Authorities say the articulated bus was turning onto Michigan Avenue when it collided with at least three other vehicles. The bus went onto the sidewalk, and at one point a pedestrian was pinned underneath.

Chicago Fire Department spokesman Larry Langford said nine people, including two who were critically injured, were taken to a nearby hospital.

Authorities say the driver was the only person on board the bus at the time of the crash.